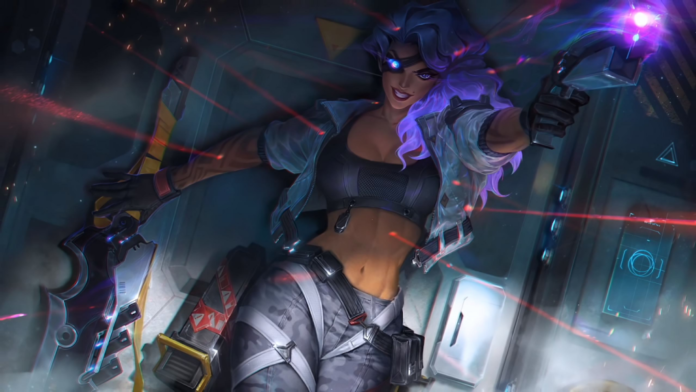 League of Legends, now featuring Dante from Devil may… wait. Revamping old memes aside, Samira, the Desert Rose will be hitting the rift with a healthy dose of DMC style and panache to her kit. This primer should help keep you ahead of the curve.

The core of all the Devil May Cry references – Daredevil Impulse is a style system straight out of the hack and slash franchise, with every attack and ability hit on enemies stacking her style up from a paltry E grade to a coveted S.

There are a few key things to note here. One, ability hits must be unique to the previous one used to count as a fresh stack for Samira’s style rating, and two a lot of her damage is gated behind how many stacks she has. Her ultimate, for instance, cannot be cast unless she has an active S grade – and with a 3s cooldown, you want to use her ultimate a lot.

Every stack of style grants an additional 3.5% movement speed, which is good news because while Samira is a ranged champion, she deals additional magic damage in melee range that scales with enemies’ missing health.

Lastly, if you are going to run this blade and bullet wielding daredevil bot, look to pair her up with someone with an immobilize or two (looking at you, Nautilus). Samira’s attacks against immobilized targets knock enemies up for 0.5s and do increased damage, courtesy of the last part of her passive.

A line skill-shot at range, and what appears to be an AoE slash in melee, this is Samira’s bread and butter ability and nearly guaranteed to be your first max. It’s poke, an auto-cancel, on a low cooldown, and synergizes well with your other abilities.

One of those key synergies will be stacking that Style passive as fast as you can – auto-Q-auto is 3 stacks, for example, and as your only ranged ability it will be the only way to keep stacks high before you go diving into melee outside of auto-attacks. Similarly, the AoE of Flair in melee range means you can hit multiple enemies, which should mean multiple unique stacks for Daredevil Impulse (the wording is a little vague, and as Samira isn’t available for testing yet, this could prove false).

Also, much like Yasuo’s Steel Tempest/Sweeping Blade synergy, Samira can synergize her Q with her E, Wild Rush, to pull a pseudo-Beyblade and hit multiple enemies in a circle around her when she dashes. In other words, another opportunity to pick up those style grades as fast as you can.

Keep your eyes on a couple of extra things, too. The ability’s base damage is atrocious (0 at first rank), but can crit, and with a modicum of CDR will be hitting a roughly ~1s cooldown at max rank. All of that means you’re going to want to build crit-chance and AD to make this ability actually sting with its high AD-scaling. Speaking of…

Blade Whirl is effectively a circular windwall that does damage. Considering how frustrating Yasuo’s projectile blocking W is, you can be certain this ability will be a powerful tool in Samira’s arsenal. Time it right, and your opponents’ choice cc and damage will do absolutely nothing.

But never mind that, check out the AD scaling on Blade Whirl – it’s a total of 1.6 of Samira’s AD over the course of the ability as AoE damage. That is absolutely absurd with some items behind her. Blade Whirl is still likely your last max on Samira, but there might be an argument to push it to second, if only to drop the huge cooldown faster.

A targeted dash through allies or enemies, and a 30-50% attack-speed steroid that scales based on ability rank.

Bearing in mind Samira’s additional magic damage in melee, courtesy of her passive, and Flair’s transformation to AoE in melee as well, looking for the all-ins with this ability will be central to maximising Samira’s damage output.

It doubles as an escape too, as you can target allies as well as enemies. Considering the ability resets on champion kills, the key will be getting in with this ability then gauging whether to get out after the first kill is secured, or pushing forward for more kills and more resets.

Considering the synergies with Q, and that it’s your primary mobility, this is a safe bet to max second as an ability, especially considering the attack speed steroid scales by an additional 20% if you get it to max rank.

Cue the DMC soundtrack, it’s another reference – replacing “Devil” with “Inferno” is Dantean in its own right, so kudos to Riot on the multilayered pun.

Gameplay-wise, the key thing with Inferno Trigger is its insanely low cooldown (3s), and that it’s gated behind S-rank style. Once you hit that S-rank though, Inferno Trigger strikes enemies around her ten times in 2s. Much like Flair, the base damage is mediocre at best but the scaling is good and each hit can crit. Samira’s R also has the added touch of being able to lifesteal, which means all the hits you took rushing to S-rank can be evened out by drain-tanking with your ult.

Samira can move while she’s casting Inferno Trigger, and because she’ll be at S-rank style, she’s going to be moving with the additional 21% movespeed that her passive grants her at that rank. In short, it’s going to be supremely difficult to outrun an S-rank Samira mid-Inferno Trigger, so opponents are going to want cc, flashes, dashes, and terrain to disengage ASAP. 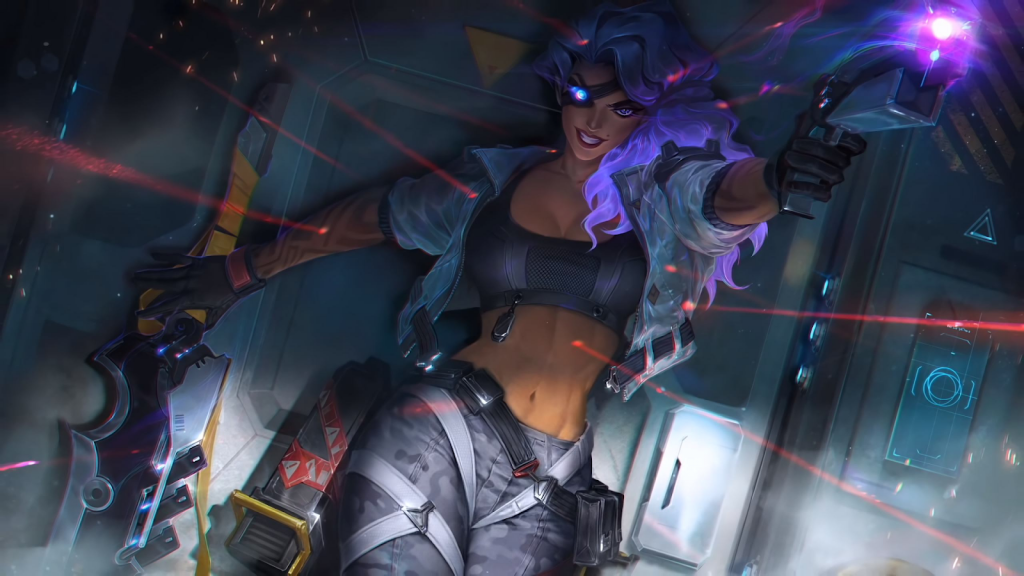 Samira’s launch skin is set to be part of the upcoming PsyOps line. (Picture: Riot Games)

A full combo from E to S-rank style probably looks a little like auto-Q-auto, then E-Q to get the Wild Rush/Flair combined cast, then auto for the 6th stack, and with S-rank active Samira can pull her Inferno Trigger. You get bonus points if you start that combo on an immobilized target, because you’ll get pulled into auto range, and knock them up for all the follow up you’re about to unleash thanks to the final part of Daredevil Impulse.

As a side note, that example combo isn’t even considering Blade Whirl, which you’ll largely want to be saving to counter incoming cc and damage. You’ll want to use your own judgment about where in the combo (if at all) your best served using it in order to mitigate the most. Then again, that 1.6 total AD scaling is mighty juicy…

Some other combos worth considering are starting up with Wild Rush to get the attack speed steroid and into melee to get the most out of Samira’s increased damage there, then weaving autos with Qs and a well-timed W to max out style ranks as fast as possible, or trying to hit 2-3 style ranks from range with Q poke and ranged autos before full committing with E. 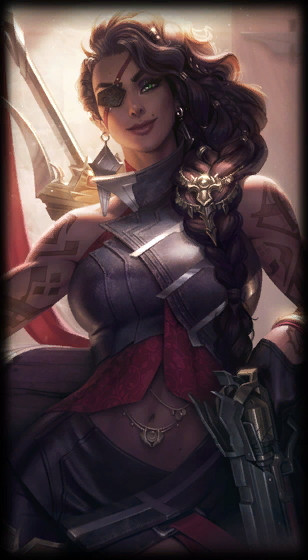 All we have of Samira’s official splash art. (Picture: Riot Games)

As for keystones and build, there are a few options that are looking like they’ll work well. The most obvious choice for keystone is Conqueror, which she can stack unfeasibly fast and then enjoy the additional lifesteal and damage with it fully stacked as she uses Inferno Trigger. Other options include Fleet Footwork for even more sticking power and some sustain, and both Press the Attack and Lethal Tempo could also be viable.

Build-wise, you’re looking at an ADC/bruiser hybrid. Infinity Edge and Phantom Dancer synergize well with her high AD scalings and ability to crit on Qs and R, and makes the most out of her damage output. Similarly, a certain amount of lifesteal also makes sense if she’s going to be in the thick of things, and a Blade of the Ruined King into Black Cleaver build would also make sense in the right match-ups, especially because she’ll stack BC very fast and can abuse the 12% current-health damage in melee on BotRK. Another option would be Death’s Dance if you really want to push the survivability.

Samira is set to be introduced at some point in the 10.19 cycle. More information and exact gameplay have yet to be revealed.